Written and researched by:

Whether it’s a captivating image, a witty tagline, or a memorable catchphrase, good marketing doesn’t simply grab our attention. It helps us understand and resonate with the essence of a brand – to “get” its unique personality and character.

So why, all too often, are businesses relying on a single sense – sight – to advertise to their customers? How can we tap into the power of sound as a core method of marketing, and – more importantly – why should your business do so?

Below, we’re unpacking these key questions. We’ll explore exactly what sonic branding is, what the benefits are, and how your business can get involved. Of course, we’ll also explore some of the best sonic branding examples – and why they’re so effective.

Ready? Sound on, volume up – let’s get started.

Sonic branding (also known as audio branding) is the use of sound, by a business, to reinforce its brand and key messaging.

Done well, sonic branding can serve as a powerful mnemonic: boosting awareness and recall of your brand, increasing customer loyalty, and helping your business cultivate a unique “personality.”

Need an example? Think of the classic “ba da ba ba baaa” of McDonald’s (I’m lovin’ it). Or the jingle with which various Microsoft programs over the years have started up and shut down. With these iconic examples of sonic branding, we don’t even need to look at a logo – or see certain color pairings together – to recognize these brands.

In fact, sonic branding can be seen as a kind of “audio logo” – a few notes, or even a single sound, that can come to represent your brand. Through this lens, it’s an extremely powerful tool for businesses looking to build a brand online – so let’s take a look at why.

How can sonic branding give your business a big boost? Let us count the ways:

Looking to create sonic branding for your own ecommerce business? Good idea.

But where to start – and how to go about it? Here are some quickfire tips:

Go through your current brand, blogs, and marketing collateral and check for anything there that could inform a sonic branding strategy.

Particularly if you have a podcast, chances are there’s already a jingle, a theme tune, or even a memorable catchphrase you say often. Don’t start your sonic branding approach from scratch – use what you already have!

The emotional resonance and memorability of sonic branding only works if the sound is unique – so some solid competitor analysis is a strong first step. This way, you’ll ensure your sound isn’t already being used by another brand – and can glean some intelligent insights into what rival sonic brands are up to along the way.

As we’ll touch on in a second, the best sonic brands – HBO, Windows, Intel, MGM, and Netflix among them – don’t have complicated sounds. They all keep it to a few syllables (and sometimes a single sound, like a lion’s roar).

The shorter it is, the catchier it’ll be – and the more your prospective customers are going to remember and resonate with it.

You want your sonic brand to trigger emotions – and the only way you’re going to know if the jingle or tune you’ve chosen is doing that is by testing it. Start with family and friends if you’re on a budget; use focus groups or more intensive market research if you’ve got money to spend.

Ready to see (or, should we say, hear!) some examples of sonic branding in action?

If you’ve ever watched a show on HBO, this one will be super familiar. The HBO ident – the sound of an old TV being tuned, followed by an “ahhhhhhh” – precedes every show on the popular premium cable network.

For many fans of HBO’s shows – Game of Thrones, The Sopranos, The Wire – this piece of nifty sonic branding triggers an almost Pavlovian response, and we expect to hear the opening theme of our favorite show straight after (the writer of this included!).

The HBO ident lets us know we’re in for a treat. It ensures we know we’re on HBO, and that we’ll remember that – and almost certainly come back for more. 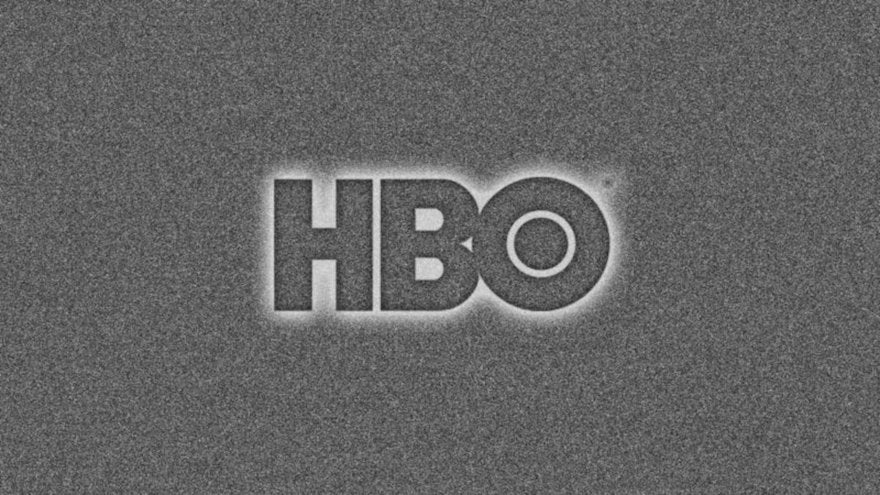 The HBO ident, which plays at the start of every episode or film that appears on the premium cable network, is a mark of quality.

Whether you’re settling in to watch an old James Bond flick or enjoy a Rocky movie marathon, the roar of MGM’s lion is sure to get you in the mood.

Operating on a similar wavelength to the aforementioned HBO ident (not to mention the iconic Netflix “ta dummm”), Leo the lion’s roar has been setting the scene for expectant viewers for almost 100 years.

Whether we’re in the theater or hunkering down in the den on family movie night, that deep, booming roar lets us know that we’re in for hours of fun – and pure escapism to boot. 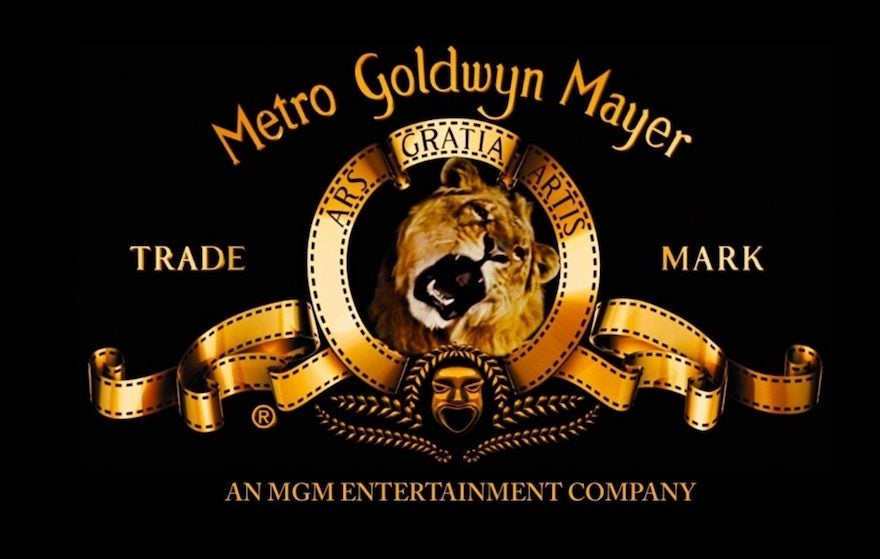 The roar of the MGM lion has been introducing the major studio’s films since 1924 – making it one of the oldest sonic examples out there.

If you had a computer in the 90s, chances are Intel’s five-note jingle is already reverberating nostalgically through your brain.

Designed to convey trust, innovation, and reliability, Intel’s tune – which plays at the end of every ad, and goes “bong BONG bong BONG” – was designed to reflect the four syllables of “Intel Inside” sung out loud.

Four decades after its creation, the jingle still going strong, and is still very much synonymous with the brand – a testament to the enduring power of effective sonic branding. 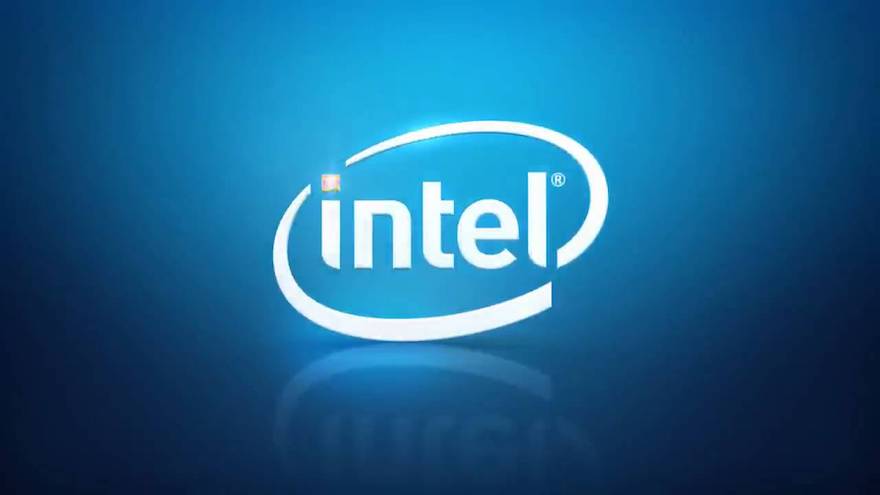 Intel’s five-note jingle was created to convey a core trio of values: innovation, trust, and reliability. Does it succeed?

HBO, MGM, Intel, Netflix, McDonald’s… the sonic branding examples we’ve discussed here are all big businesses. All have huge marketing budgets behind them – they’re all established brands, with prominent, well-developed visual identities, and with logos, color palettes, and presences that are instantly recognizable.

With that in mind, sonic branding won’t be right for all businesses – particularly because it can require a lot of resources and expertise to get right. So is sonic branding right for your ecommerce venture?

Sonic branding is most effective for businesses that:

In summary, sonic branding – the practice of associating a particular sound, tune, or jingle with your brand – is a proven and highly effective way of resonating with your business’ online audience.

As popular sonic branding examples such as HBO, MGM, and Intel have shown, this marketing method can increase brand awareness and recall, enhance the customer experience, and build your business’ unique personality.

It won’t be for everyone, of course – and businesses with a strong, existing brand identity stand to benefit most. We also highly recommend it for podcasters, and businesses already involved with audio and visual marketing.

So… time to create your business’ sonic brand? Go give it a try – and be sure to let us know how you get on in the comments below!

Sonic branding boosts a business’ brand recall and awareness with customers. It helps your online audience remember your brand, and build an emotional connection with it. However, with the rise of smart speakers – nearly half of all internet users these days own one – sonic branding is becoming a must-have for all businesses that are serious about advertising.
If you have a healthy marketing budget at your disposal, you can hire a sonic branding agency – companies dedicated to matching brands with the right sound or song.

Alternatively, you can try creating a jingle or sound for your business yourself. It took Kyle Cooper, the creator of Intel’s famous five-note tune, 10 days to have his breakthrough – which occurred when he simply sang the words “Intel Inside” out loud to an empty room.