The Phenomenon of Cyberbullying

“Cyberbullying is defined as the act of harassing someone on digital devices (cell phones, computers and tablets) by sending or posting messages of a malicious, intimidating or threatening nature.”

The bullies of the internet are colloquially referred to as trolls: people who foster discord and disruption in the cybersphere by posting inflammatory or derogatory content to spite others.

While the digital landscape has expanded our horizons in so many ways, there is a darker side to the internet.

Its invention has allowed the playground bully to morph into the internet troll and permitted traditional tormenting to spread from schoolyard to cyberspace.

The beginnings of the internet were harmonious and tranquil, a form of tech-utopia where debate and discussion were facilitated and encouraged. However, the exponential growth and development of the cybersphere has allowed for those debates to traverse oceans and time zones, all the while accumulating potential for cruelty towards, and mistreatment of, their participants.

The internet is no longer a safe-haven but a platform where a cacophony of hateful voices can spread their malice.

Where schoolchildren used to be able to take refuge from bullies at home, they are now exposed to abuse whenever and wherever. The technical prosthesis that is the cell phone extends the bully’s reach and the victim’s danger zone leaving them vulnerable 24/7.

The Cyberbullying Research Center reports that 33.8% of middle and high school students in the US have been the victims of some form of cyberbullying, be that through hostile or hurtful comments online or through having received threats of violence by means of digital devices.

Furthermore, Statista has recently published data indicating that 26% of US internet users have experienced trolling in 2017, demonstrating that cyberbullying extends beyond the teenage years.

According to a study by the Pew Research Center, digital decorum and decency are not set to make improvements in the future, the obstinate internet troll is here to stay. They surveyed a group of over 1,500 experts, 42% of whom indicated they expect no distinguishable change in the current, somewhat stoney, online climate and 39% of whom said the future would see a cybersphere increasingly further defined by hatred and disgust.

While these statistics give an overall account of the cyberbullying problem plaguing America, we wanted to find out which state was the main culprit.

These factors were chosen as we felt their combination would provide a clear insight into which state was the biggest perpetrator of cyber slander.

1.The % of Hostile Comments Per State

Wired recently partnered with Disqus to map the troll topography of the United States. Disqus’s software determined the % of online comments deemed as hostile per state. A hostile comment is defined as one that is rude, disrespectful or unreasonable and likely to provoke a user to leave a discussion. The results of this study were one ranking factor in how we determined the biggest cyberbullying states.

The Internet Crime Complaint Center has publically available data for the number of complaints of online harassment/threats of violence per state. Using data from the American Census Bureau regarding the population of each state, we were able to calculate the % of people in each state who have claimed online harassment (per 100,000).

We looked at The Cyberbullying Research Center’s record of which states have an anti-bullying law that specifically legislates against cyberbullying.

Note: If you decide to use this infographic on your website, please accredit Website Builder Expert by linking to the homepage: www.websitebuilderexpert.com

Nevada ranks overall as America’s most ferocious cyberbully. Despite having legislation in place that classes cyberbullying as a crime, Nevada still ranked third highest in % of hostile comments and had the second highest % of people who made a claim of online harassment.

This means that Nevada’s internet trolls are living dangerously outside of the law, flagrantly flouting it in order to wreak havoc online.

Vermont and Maryland are guilty of neglecting their cyberbullying victims. Overall placing second and fifth respectively, neither state has a law in place to protect those suffering from negative interactions in the cybersphere, or to punish those who offend others online.

Despite ranking in the middle of the pack overall, Iowa placed second for the highest % of hostile comments. Conversely, the state ranked in the bottom three for % of people claiming online harassment.

This means that the people of Iowa are suffering in silence, receiving torrents of toxic comments yet not reporting their ordeal.

New York and California fall into the top ten most savage cyberbullies, placing sixth and seventh respectively. While New York may be conforming to its rude, surly stereotype, California would like to believe they are the land of the liberal and the accepting, yet their online behaviour suggests anything but.

Both states legislate against cyberbullying, but their high rankings imply that their residents are willing to defy the law in order to create a hostile, harmful cyber-environment for others.

Long-hailed as one of the nicest states, New Hampshire does not disappoint, ranking as America’s online best friend. It is the state with the lowest % of hostile comments and is fifth lowest for the % of people who have claimed online harassment.

They even have a law against cyberbullying proving them to be the epitome of an online ally.

Can Artificial Intelligence Silence the Cyberbullies?

Google’s Jigsaw is working on a project called Perspective that leverages artificial intelligence to identify online abuse and harassment.

Perspective uses machine learning (a field of computer science that allows a computer to learn without being explicitly programmed) to perceive the impact a comment might have on a discussion. This can help forum moderators filter comments more effectively and therefore decrease the number of hostile comments appearing in cyberspace.

Google is not alone in wanting to return the internet to its harmonious beginnings. Facebook and Instagram are using Facebook’s artificially intelligent technology DeepText to improve the user experience of their services through automating the removal of cruel or inflammatory content.

While we wait for AI to eradicate toxic comments before they even emerge, take a look at our top tips to tame the trolls in your life:

Five Tips to Tackle the Trolls

Most sites, whether they be social media networks, online forums or discussion groups, will have the functionality to allow you to prevent certain people from messaging you, to report users or to flag inappropriate or offensive posts. In short, block the bully.

Just like the average playground bully, internet trolls and cyberbullies feed off attention. The same rules apply in cyberspace as in the schoolyard: do not retaliate and they will eventually get bored and leave you in peace.

A problem shared is a problem halved. Talk to someone you trust: a friend, partner, colleague, employer, parent or teacher. Odds are most people will be understanding, comforting and on hand to help.

Save any texts or emails you receive, screenshot any tweets, status updates, comments and pictures. Make up a case against your bully and then report the abuse to the authorities. Complaints can be filed with the Internet Crime Complaint Center from either the actual victim or a third party.

5.Update your Name and Settings

This is a last resort, but if the abuse becomes intolerable, consider changing your screen name and/or contact details for the sites where you are experiencing harassment. Update your privacy settings so that the troll can no longer see your details and your new name. This will give you a new lease of torment-free life.

To arrive at our conclusion, we gave each state a ranking for each factor considered and took an average of the sum of all three. In cases of duplicate scores, higher weighting was attributed to the % of people who have claimed online harassment as we deemed this factor to be the most severe measure of cyberbullying. 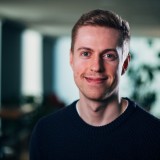 View all posts by Charlie Carmichael →