Microsoft launched its own answer to virtual reality last year and at the world’s largest tech show millions of visitors got hands-on with the headsets.

Windows Mixed Reality is an affordable alternative to the HTC Vive and Oculus Rift, and aside from a great gaming experience the kit is geared towards everyday uses such as working with standard desktop applications and browsing the web.

At January’s Consumer Electronics Show in Las Vegas, major PC providers Acer, Dell, Asus, HP and Lenovo all had their devices available to demo and the big news is their popularity is soaring.

In fact, according to digital games platform Steam, market share is doubling month-on-month. That’s partly down to prices starting at just £380, compared to £600 for a Vive, but also because of support for the best VR games – 15 of Steam’s top 40 titles at the last count.

Costs are also reduced because the headsets offer movement tracking without the need for external sensors, instead using on-board cameras and components to do the business.

This in turn makes them portable and practical because the lesser hardware demands means they work with most Windows 10 laptops as opposed to the high-end gaming PC’s required to support the power-hungry Vive and Rift.

So what does this mean for the web? Central to everything is Microsoft Edge – the replacement for Internet Explorer bundled with Windows 10 – combined with WebVR, to harness the power of virtual reality for an even more immersive browsing experience.

“The web doesn’t need to restrict itself to a page in a browser any longer,” Microsoft product manager, James Guion, tells Website Builder Expert.

WebVR is helping to bring new, immersive experiences to internet browsing that can only be experienced through the power of virtual reality.

“Microsoft introduced support for the WebVR standard to its Windows Mixed Reality platform with the Windows Fall Creators Update for Windows 10, compatible with Microsoft Edge.

“It is an open specification that makes it possible to experience VR in your browser. If a website implements WebVR support and provides 3D content, it can display immersive content in the Windows Mixed Reality headset, with user consent.”

When you slip on a Mixed Reality Headset you enter a virtual des res surrounded by stunning outdoor scenery, known as the Mixed Reality Cliff House. It’s from here you can locate and access as many as 20,000 applications, such as the WebVR-enabled Microsoft Edge browser.

Microsoft describes it as “the first spatial operating system” where you navigate your way around your desktop, either by walking, hitting teleport on your headset’s motion controllers or interacting with AI voice assistant, Cortana.

“When browsing with Microsoft Edge on the desktop, it’s possible to be only one click away from launching WebVR content directly into a Windows Mixed Reality headset,” adds Guion.

For example, imagine shopping for a new outfit in a virtual high street store and examining the clothes up close from every angle. Or configuring your new car in a virtual showroom by comparing interior trims from the driver’s seat.

“There have been huge developments recently, making it possible for anyone to experience VR in a web browser,” says Guion. “Whether that is interacting with websites, following links between pages, or moving between 2D and immersive 360-degree videos.”

To unlock the 360-degree content Guion refers to, users need to install the 360 Viewer extension for Microsoft Edge. This enables videos and photos from YouTube, Facebook, Twitter and news websites such as the New York Times.

As Guion also indicates, you will still feel the benefits even if you’re viewing web pages in 2D. For example, start browsing on your desktop monitor, then pop on a Mixed Reality headset when you want to ramp up the experience on a more immersive level.

The other area where the headsets could come in handy is education and Microsoft is throwing its weight behind kids learning a lot in Windows Mixed Reality. This includes partnering with Pearson, the world’s largest education company.

This is due to spawn six applications to begin with, arriving from March onwards and packed with educational content, but it’s only a matter of time before the benefits start to trickle down to straight web browsing.

So long as the Windows 10 Fall Creators Update is installed on your PC you should be good to go. Meeting the basic tech spec requirements of the headset will provide you with a crisp 60 frames per second picture and if your PC happens to have beefier brains you can achieve up to 90 frames per second.

Having demoed a couple of the headsets fresh from the box, I can tell you they are surprisingly easy to setup and to gets to grips with. If you’re concerned about operating in a compact space you can either set the headset to seating mode or map the surrounding area so you don’t clatter into anything.

It’s fair to say Microsoft Internet Explorer has played second fiddle to the likes of Google Chrome and Mozilla Firefox for a number of years now, but with a new-look browser optimized for Mixed Reality it could finally give them, well, the edge.

This is Microsoft’s big gamble to become the premier platform for virtual reality web browsing and with further developments, including the inclusion of augmented reality, still to come it’s definitely one to watch. 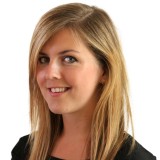 In nearly 20 years as a national news journalist James has covered tech and consumer electronics from every conceivable angle. As the current editor of The Gadget Show magazine, former tech editor at the Metro newspaper and a regular contributor to WIRED, UNWRAPP.co.uk and The Ambient, it has always been my belief technology should make lives easier and more entertaining.

View all posts by James Day →