What are the differences between a web designer and a web developer? And which one should you use?

It’s easy to get web designers and developers mixed up. They both help build websites, but they’re involved in very different areas.

If you need some quick help finding out which web design service is best for you, take one minute to use our web design comparison tool. It’ll ask you four to five easy questions, and use your answers to match you with web design offers which make the most sense.

Or you can read on for more information, starting with the short answer…

Developers build a website’s core structure using coding languages, while designers are more visually creative and user-focused. Developers use their programming knowledge to breathe life into the designer’s creative vision. Think of developers as construction workers, and web designers as architects – both necessary, but different, skill sets.

We’ll dive into the details later where we’ll explain the varieties of web designers and web developers you can have, so you’ll have all the information you need to pick the right option for your site.

Already like the sound of that? Read our guide on How to Hire a Web Designer.

Alternatively, check out our discussion of How to Design a Website for the specifics, or our guide to What is Web Design for the basics.

A web designer makes your website look good. They focus on the style and overall feel of the page, using software like Photoshop to customize the website’s visual elements. They also use code like HTML and CSS (Cascading Style Sheets) to create their designs.

But wait – there’s more. Web designers usually have a specialism, which we’ll jump into right now.

A UX web designer’s job is to keep your visitors hooked. They know exactly how to craft a website that your specific audience will enjoy because they’ve carried out thorough research into the users’ demographics and website-needs, not to mention tons of prototype testing and site restructuring.

Just think, if people enjoy using your website, they’re more likely to revisit or recommend. So, you can already see how it can help grow your online community. For some inspiration, check out these excellent UX examples.

A UI web designer helps to improve the way users interact with elements, or the interface, on your website. This is done by translating complex brand ideas and values into a website that’s enjoyable and easy to navigate.

How does it differ to UX? It’s a subtle one, really. UX involves research into building a solid foundation for a positive user experience, while UI focuses on the aesthetics (the look and feel) of the actual website.

A visual designer is a mixture of both UX and UI. It’s their job to not only improve the user journey using their creative and coding skills, but to solve design issues. They also help to conceptualise a brand’s unique style or tone of voice.

In essence, they’re a master of all web design trades and their specific roles can vary hugely depending on what you want. 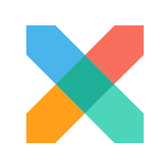 Do You Need a Web Designer?

If you want a professional to design your site, our trusted partner Expert Market can help you get started. Their simple comparison tool recommends the best web design service for your needs and budget.
Yes! Give Me Recommendations From Expert Market

Part of a web developer’s role is to build the a web designer’s concept. Like we said earlier, web developers are similar to those who build, and web designers like the visionaries. A developer usually specializes in designing website apps – a web designer focuses more on what the user will enjoy doing.

How does the relationship between developers and designers work? A web developer builds a website’s framework using software like Javascript and JQuery, aiming to craft a smooth-running website, which web designers then pour their creative juices onto. Like designers, there are specific roles for web developers, which we’ll highlight below.

The back-end is where the website’s core structure is designed. These developers are experts in programming and using complex software languages like Java, SQL and C#. The work they do is not seen by users because it involves coding on the web servers and databases, not on the browser (unlike front-end developers, which you’ll soon find out).

In short, their job is to create logical, functional websites using various programmes. They also spend a lot of time testing and fixing bugs.

This is also known as client-side development. It’s more connected to web design than back-end development because it involves using HTML, CSS, and JavaScript to create things the user can see, like client lead forms.

In summary, like a back-end developer, those developing the front-end have coding skills but they build frameworks the user can actually interact with.

A full-stack developer works across different layers – or stacks – including both the front and back end. It is essentially the full package when it comes to web development, because they are an expert in all areas.

You now know the differences between a designer and developer. This is important stuff to know because knowing when to hire each one will make your website-related life much easier. For a quick overview on when to choose each one, take a look at our table below.

How much does a web designer vs web developer cost?

A freelance web designer usually costs between $10-$50 p/h, while hiring a freelance developer normally costs $30-$65 p/h. A medium sized web design agency (which provides both sides of website construction) will cost between $65-$100 p/h for a basic website.

In a lump sum, you’re probably looking at around $6,000 in total for designing a site if you use both developers and designers.

Is a Web Designer the Best Option for You?

If a web designer is what you need, we’d suggest using our trusted partner Expert Market’s web design comparison tool. It’ll show you services and pricing information that suit your budget and needs.
Yes! Give Me Recommendations From Expert Market

Want to find a freelancer? Read our helpful guide on Where To Find The Best Web Designers and Developers.

Or, if you just want some more detail on pricing, learn more about the Cost of a Website.

Alternatively, you can learn more about Shopify-specific developers – such as where to find them, how to find them, and how much they cost – with our guide to Where to Find the Best Shopify Developers.

As we’ve mentioned, it doesn’t always have to be one or the other. For instance, building a website from scratch requires both a developer and a designer. After all, teamwork makes the website dream work.

Using a web design agency can be really helpful if, like most people, you don’t have time for creating website pages while juggling invoices and client emails. Or, if you need a website with advanced functionality, an agency full of experts is a great solution.

Fancy trying it yourself? Read more about which website builder is right for you:

You should now have a more developed knowledge of web design, but let’s just quickly recap what we’ve learned.

The difference between a web developer and a web designer is bigger than you think. A web designer brings a brand’s idea into an on-screen reality, and knows exactly what the specific audience will enjoy. A web developer builds the site’s core structure, using coding languages to construct logical, programmatic websites.

However, just like mustard and ketchup on a hot dog, sometimes you need both to get the best experience. When building a website from nothing, you need a web developer to build the foundation, and web designers to make it look and feel the way you and – more importantly – your users want.

To ensure you make the right choice when it comes to web design services, use our one-minute, 100% free web design comparison tool. Answering four to five quick and easy questions and you’ll be matched with services and quotes that make sense for what you need in a matter of minutes. 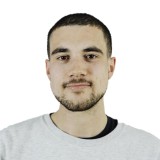 I used to think website design was just for professionals. Because maybe like you, I have no coding or design experience. But, with the help of our expert researchers (and after testing every website builder myself), I can confidently guide you through on how to get the most out of each one.

View all posts by Dan Barraclough →